I’m here at 9:08 a.m. ET Thursday night writing screenshots with a 5:30 a.m. flight out of Detroit and all I keep thinking is “How am I arrived here?”

It’s actually on my notes to come back when I go down to Birmingham to give my little talk about the rise of screenshots and how this simple idea of ​​giving people a fun roundup to start their day has gone downhill. is transformed into me being summoned to Birmingham.

And readers who emailed to say they’re stopping at Back 40 in Birmingham CE city center at 3pm on Saturday are excited. This must be the first time in the history of this country that people down south are excited to have a very ordinary guy from Ohio come hang out with them for 36 hours.

I usually go to the SEC message boards and find the hate threads for those of us in the north and whatever we stand for. Southern screenshot readers have been quite the opposite.

Honestly, Screencaps might be just what this country needs to bring it together.

And we begin this reunification THIS Saturday. Let’s have a beer! Stop on.

Rich G. asked Masters for help and now my inbox is full of messages

I want those of you who have emailed Rich advice to know that I am delivering messages in stages as Rich will be overwhelmed. I didn’t count, but there must be 50 messages. It’s crazy. The head of the clubhouse for Augusta’s expert analysis is a local police officer who has worked the tournament for 31 years.

That’s how deep the readership of Screencaps is these days.

People, if you have a question about life, send it. There are heavy hitters just waiting to help you out.

I’ve been a Screencaps reader since its inception, but never had to email you until today. Thanks to Kenn for sharing the story of the Mission Field Wiffle Ball tournament. My two sons – Cameron (11) and Jack (8) played there this year. It was Jack’s first time playing and Cameron’s fourth. Their teams played each other on Tuesday, which was a fun experience for my wife and me. Jack hit Cameron with the bases loaded!!

The event is one of a kind, I cannot praise the Augustyns and their generosity enough. Not only do we host the tournament (for free), serve food and sno cones (for free), but also allow random neighborhood kids to use the field pretty much anytime.

Thanks for the screenshots, it’s my daily dose of fun and common sense! 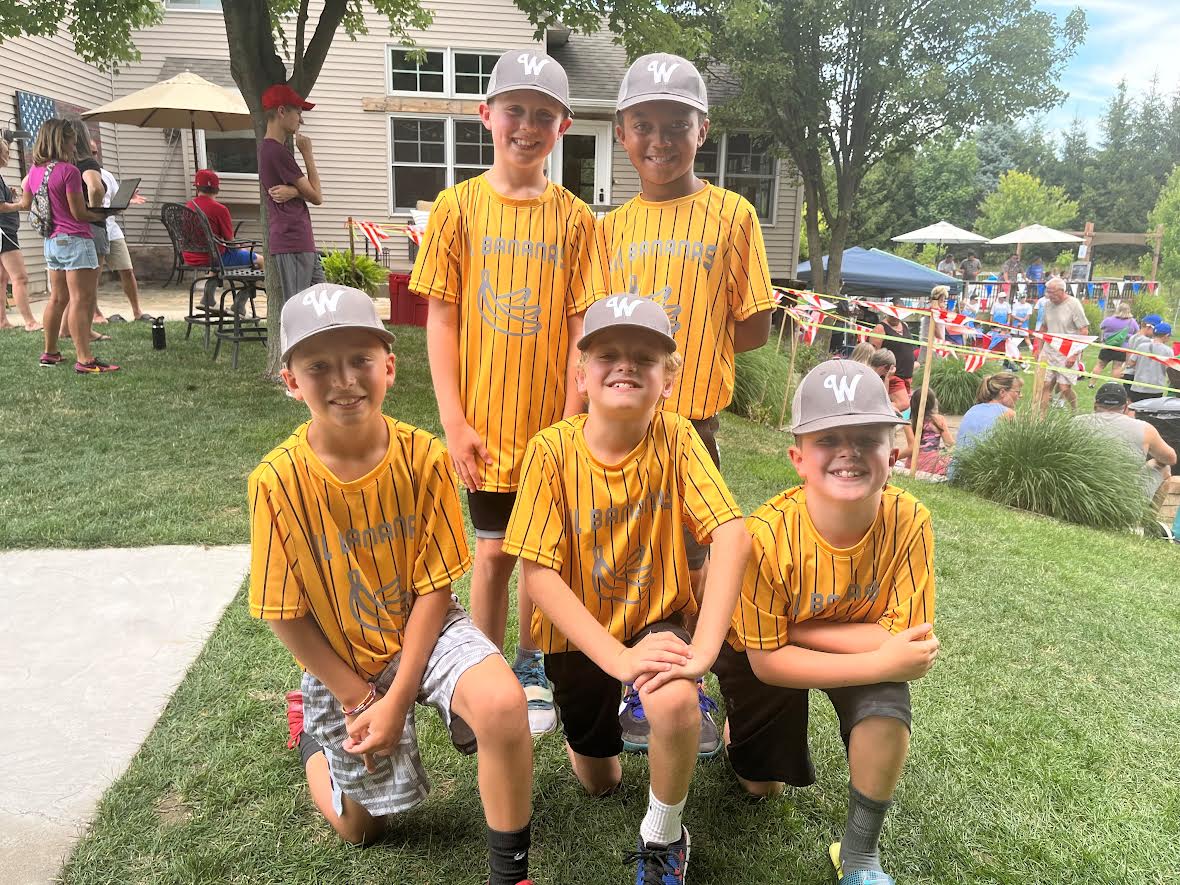 Guys, I might need to see this in person next summer. I have to put an alert on my phone to make the trip north to see these kids fighting. And what a great job with the Bananas team name. I guess it’s a tribute to the best minor league franchise in the United States – the Savannah Bananas.

I will be brief. God bless Mark and Julie Augustyn.

Keep up the great work with the screenshots. Best site on the Internet.

• An anonymous e-mail that has proven itself with the screenshots writes:

I just read Burack’s article, I work for an ABC subsidiary.

No one cares about this trashy show at all. I’ve tried to steer my clients away from it because Judge Jerry makes pretty much the same notes.

What a garbage TV show that signals virtue and complacency!

• Bill H. thought we Dale Earnhardt fans could use some reading material before the weekend.

And with that, let’s go. I need to get to Brandon B.’s office, then the Screencaps Summit can begin. It’s time to fill my suitcase with TNML stickers to spread in the south.

Have a great weekend…I will have Screencaps Lite for Saturday morning with updates from Birmingham. Stay tuned.

The stuff you sent and the stuff I like:

Due to poor traffic and above average nighttime temperatures, the #3 green is showing signs of #stress. @MiguelVegaTurf brings some box fans from home tomorrow to shake up the air a bit. pic.twitter.com/0iCzc9G4jQ

#BillBurr It is so good https://t.co/Czxu5XiC0A

A GA specialist at O’Hare seized a deli value of Jordan salami. The passenger had 148 pounds of forbidden beef bologna salami for his cousin. The salami, according to the labeling, was not considered shelf stable. The passenger also had 22 cartons of undeclared cigarettes. pic.twitter.com/06wXkr2rLa

A Northern Irish teenager has become the UK’s youngest senior football player. Christopher Atherton made his debut for Glenavon on Tuesday, aged 13 and 329 days A 13-year-old schoolboy became the UK’s youngest senior footballer on Tuesday night when he made his debut for Northern Irish side Glenavon FC. Christopher Atherton came on as a […]

Grayslake Central midfielder Alan Alonso has entered his senior season with high expectations for himself. After registering five goals and four assists as a junior, Alonso wanted to tap into his full potential. Then star forward Danik Marynevitch suffered a season-ending knee injury in September. “I think Danik is a very good player, but a […]