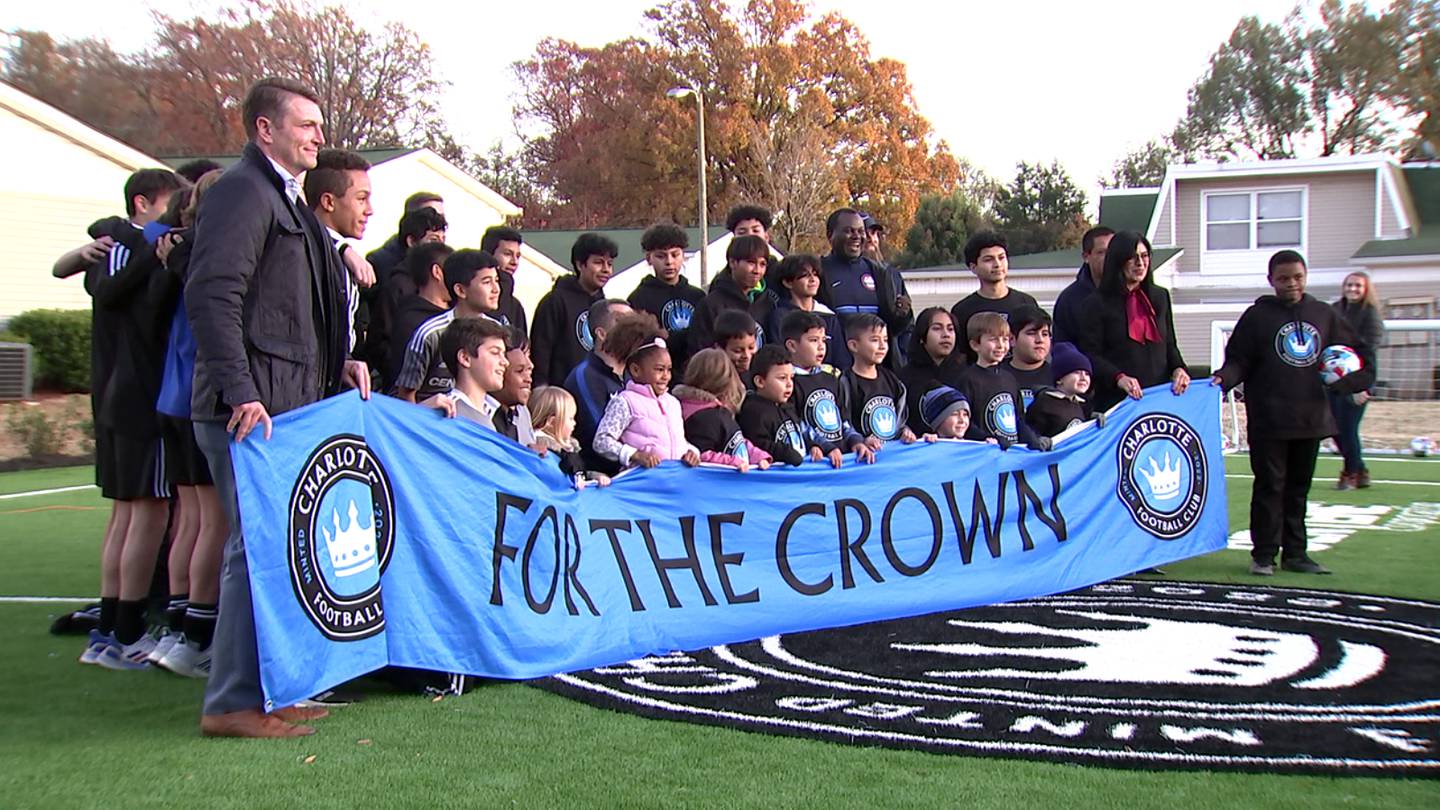 CHARLOTTE – Kids in a Hidden Valley neighborhood now have a new place to play football thanks to Charlotte FC and Centene.

On Monday afternoon, the team unveiled a soccer field for residents of the Hunters Pointe community. It’s one of 22 new community courts that Charlotte FC is committed to building across the Carolinas.

“I was like, ‘Oh my gosh, that’s so cool,'” resident Jefferson Martinez said. “I was so excited.”

Dozens of people attended the unveiling of the new mini pitch. The team brought a food truck with free meals and provided free Charlotte FC clothing. Members of the Charlotte FC academy played soccer with the children of Hunters Pointe. By providing 22 pitches, team president Nick Kelly says Charlotte FC hope to foster a love of the sport and provide a safe place to play.