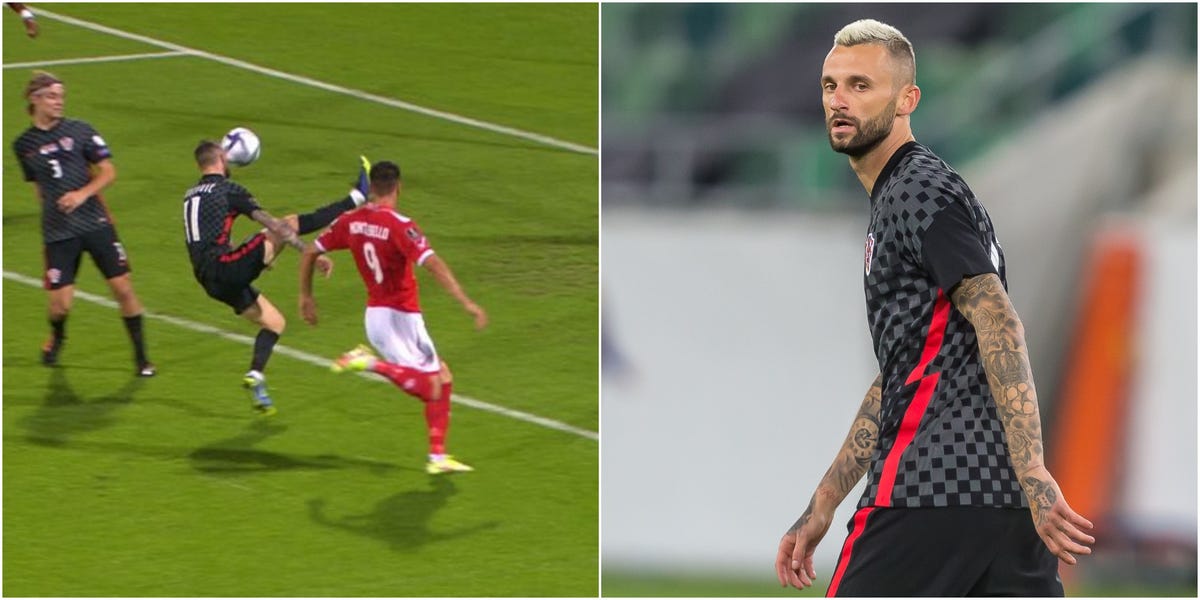 Midfielder Marcelo Brozovic scored one of the funniest home goals you’ve ever seen as Croatia beat Malta 7-1 in the World Cup qualifiers on Thursday.

Croatia took the lead on the evening thanks to Ivan Perisic before Duje Caleta-Car returned home to double the opposing team’s advantage in just 22 minutes.

With Zlatko Dalic’s side in cruise control, however, Brozovic then produced a moment that he will no doubt want to forget to present the hosts with an unlikely route back into the game.

After Jurgen Degabriele sent a teasing cross into the Croatian box, Brozovic attempted to clear the ball with a daring kick.

But unfortunately for the Inter Milan star, rather than throwing the ball, he instead kicked it in his own face and it ricocheted into the net.

Luckily for the midfielder, Croatia scored five more goals and clinched a vital Group H victory to come a touching distance from qualifying for next year’s World Cup in Qatar.

After the victory, Brozovic clearly saw the funny side, posting a bizarre goal video on his Instagram.

His Inter teammates were quick to laugh. Nicolo Barella commented: “The best goal of your career so far.”